Prime Minister Narendra Modi flagged off a run in New Delhi, called the ‘Run for Unity’, on the 142nd birth anniversary of Sardar Vallabhbhai Patel. Home Minister Rajnath Singh, who attended the early morning event in Major Dhyan Chand National Stadium, addressed the people who have gathered there. In his address, he asked citizens to work for India’s unity. PM Modi also said unity in diversity was India’s greatest asset and people must work toward building the nation based on this source of strength. Ahead of the event, the Delhi Police had sent out traffic advisory to people asking them to avoid the route where the run was being held.

“Sardar Patel was the main force behind upholding India’s unity and integrity at the time of independence. I bow to him on his Jayanti today,” Home Minister Rajnath Singh said. 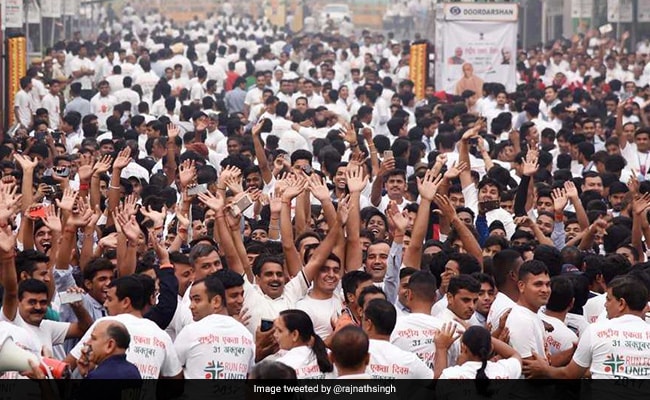 People participate in an event called ‘Run for Unity’ to mark the 142nd birth anniversary of Sardar Patel, in New Delhi. President Ram Nath Kovind and Vice President M Venkaiah Naidu today paid tributes to Sardar Vallabhbhai Patel on his 142nd birth anniversary. President Kovind remembered Sardar Patel as “India’s Man of Iron, of Integrity and of Integration” in a tweet he posted after paying floral tribute at Patel Chowk in New Delhi. 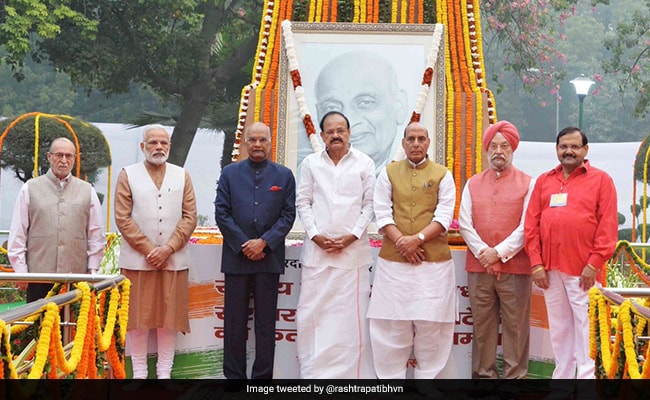 Vice President Naidu, too, paid floral tribute to Sardar Patel, who is credited for ensuring integration of the nation post-Independence.
“The youth of India respects him (Sardar Patel) and his contribution toward the building of our nation,” PM Modi said. “Till the time we don’t respect that diversity (unity in diversity), diversity will only be a term and won’t be of use in nation-building,” the Prime Minister said.
“India is a country full of diversity. Unity in diversity is our speciality,” Prime Minister Narendra Modi said before flagging of the Run for Unity in New Delhi on Sardar Patel’s birth anniversary. 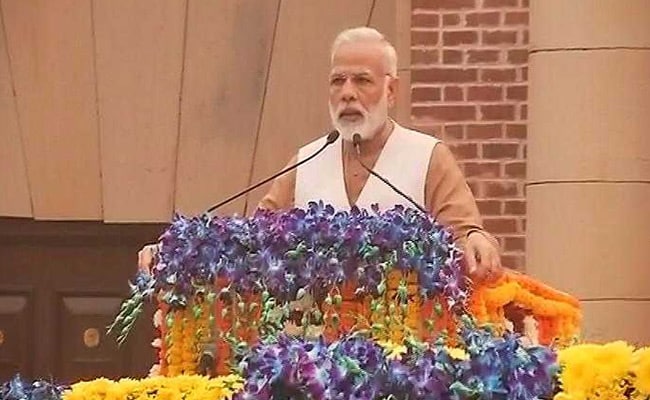 “I am really happy that the young generation of the country is participating actively in this Run for Unity.”
“Sardar Patel not just saved India from the challenges we faced, but he united Indians also. But his name has been sidelined. Whether a government shows acceptance or not, this country will not forget him. We are happy that people are participating in the Run for Unity,” PM Modi said.
Prime Minister Narendra Modi in an early morning address said the country is proud of Sardar Patel’s contributions. “We remember Sardar Patel on his birth anniversary. We are proud of his contribution to India before we attained freedom and during the early years after we became independent,” PM Modi said before flagging off the ‘Run for Unity’ in New Delhi.
On the birth anniversary of Sardar Vallabhbhai Patel, Prime Minister Narendra Modi said, “We salute Sardar Patel on his Jayanti. His momentous service and monumental contribution to India can never be forgotten.” PM Modi is flagging of an event in New Delhi called the ‘Run for Unity’.